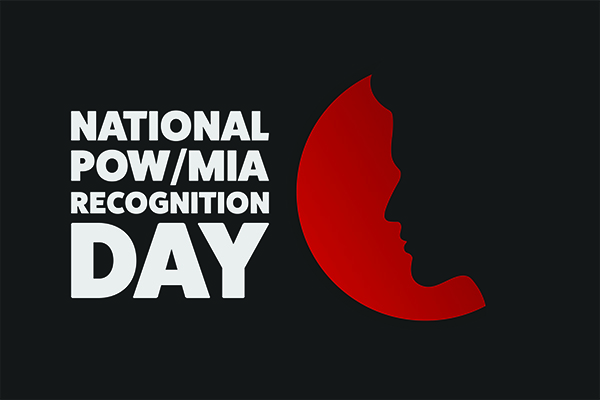 National POW/MIA Recognition Day falls on Friday, September 17 this year. Established in 1979 by then-President Jimmy Carter, the day was first recognized in June but is now held annually on the third Friday in September (Time.com). In 1997, this became one of six days when the POW/MIA flag is displayed in specific locations as required by Congress (Time.com).

The flag that has become a symbol for prisoners of war and service members missing in action was designed by World War II pilot Newt Heisley at the request of Mrs. Mary Hoff, wife of MIA Lieutenant Commander Michael Hoff, in 1971 (militarybenefits.info). It remains the only flag, other than the American flag, to fly above the White House.

Many states will mark National POW/MIA Recognition Day with veterans rallies. The day will also be recognized with ceremonies, and other events at the Pentagon, war memorials, museums, and communities will show support as they gather for organized walks, candlelight vigils, and other events (timeanddate.com; nationaldaycalendar.com).

As we approach ≈, consider contacting a local veterans organization to ask how you can show honor and support for the sacrifices of those who have served, and recall the mantra of the POW/MIA remembrance movement honoring our nation’s prisoners of war and those who are still missing in action: “You Are Not Forgotten.”