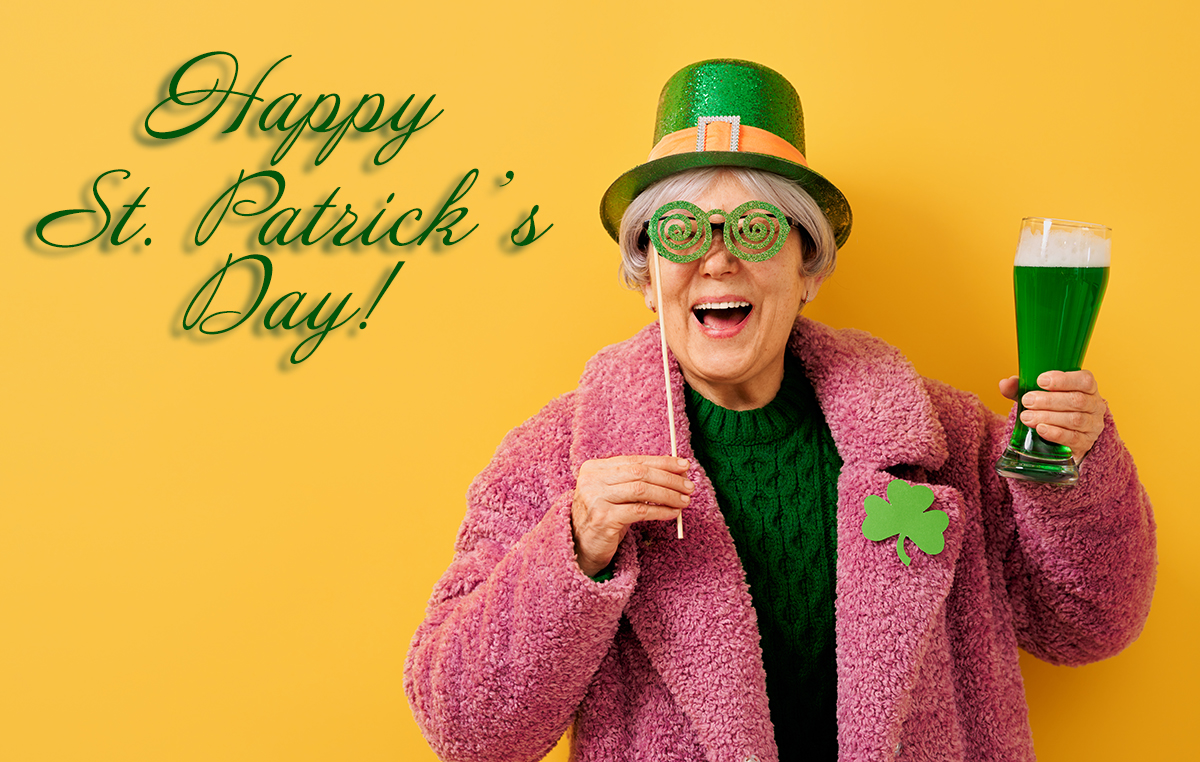 Saint Patrick, the inspiration for our celebration, was born in the early fifth century in Britain. At age 16, Saint Patrick was taken to Ireland and enslaved there for six years (britannica.com). Forced to work as a herdsman and often on the verge of starvation, Saint Patrick relied heavily on his faith for the will to survive.

Legends around Saint Patrick include stories of him banishing snakes from Ireland, raising men from the dead, and using the shamrock as a symbol to teach the holy trinity (britannica.com)

Saint Patrick is believed to have died on March 17, 461, and people in Ireland began celebrating a feast day in his honor on March 17 some time during the ninth or tenth century (history.com).

According to the United States Census Bureau, 3.4 million United States citizens claim Irish ancestry–that’s 9.2% of our population. On March 17, each year, whether we truly have Irish blood or no, most of us enjoy some form of celebration.

To show its Irish spirit, Chicago first began dying its river green in 1962 (“St. Patrick’s Day Chicago”). Originally pouring enough dye into the river for the color to last a week, the city has switched to more environmentally friendly methods that only last a few hours but still contribute to the festivities.

First held as a unified event in 1848, New York City’s Saint Patrick’s Day Parade is the world’s oldest civilian parade (history.com). (Prior to 1848, several smaller parades took place in various areas of New York City.) Typically lasting over 5 hours and involving over 150,000 participants and 3 million spectators, it is the largest parade in the United States (history.com). Boston, Chicago, Philadelphia, and Savannah are also known for their festive parades, some of which may still be held this year, although on a smaller scale than usual.

At home, Americans often celebrate Saint Patrick’s Day listening to traditional Irish music, wearing green to avoid the pinch of a  leprechaun, consuming corned beef and cabbage, and downing large quantities of Guiness. According to USA Today, “On a typical day, Americans drink about 600,000 pints of the Dublin-based beer. But on St. Patrick’s Day, about 3 million pints of Guinness are downed.”

Whether you plan to celebrate out in your community or quietly at home, the staff at Waitte’s Insurance Agency wish you a happy and healthy Saint Patrick’s Day. Give us a call when you are ready to discuss your unique insurance needs.