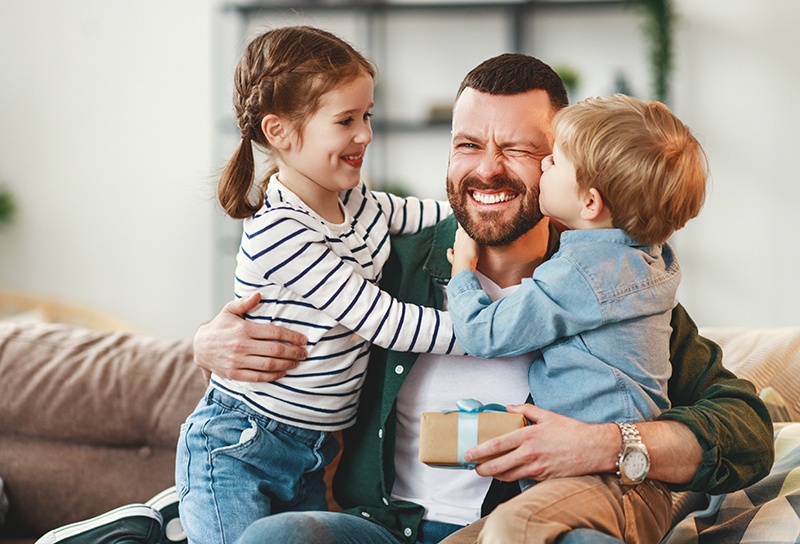 In an effort to recognize fathers similar to the ways Mother’s Day honors moms, the nation’s first Father’s Day was celebrated in 1910. However, it took well over half a century to establish it as a federal holiday.

Mother’s Day was born of an effort to bring together mothers of Confederate and Union soldiers in the 1860s. Though not an official federal holiday until 1914, Mother’s Day was the inspiration for Sonora Smart Dodd who felt there ought to be an official equivalent for male parents. Dodd, whose mother had died in childbirth, was raised with her five brothers by her widowed father (ABC News).

In 1910, Dodd brought her idea to the YMCA of Spokane, Washington, as well as local churches, businesses, and other establishments, where she received support. Her intention was to celebrate the holiday on her father’s birthday in early June, though her supporters convinced her to delay by a couple of weeks to allow them time to prepare (NationalGeographic.com).

A successful statewide celebration was held on June 19, 1910. However, it was many years before the holiday was officially ratified. Joint resolution 187 was passed by Congress in 1970, calling on citizens to “offer public and private expressions of such day to the abiding love and gratitude which they bear for their fathers” (NationalGeographic.com). Finally, in 1972, President Richard Nixon signed a resolution making Father’s Day an official federal holiday to be celebrated on the third Sunday in June.

This year, consumers are expected to spend approximately $17 billion on gifts for dads and other male role models (NationalGeographic.com). And while some may opt for the typical T-shirt or necktie as a Father’s Day gift, you might also consider spending time with the male role model in your life as a way to celebrate your relationship. Consider kite flying, hiking, biking, kayaking, fishing, or even ziplining. Not the outdoorsy type? You could cook something together, watch a movie, play board games or cards, or put together a puzzle.

Whatever you do, the staff at Waitte’s Insurance Agency wish you and all dads and father figures a happy Father’s Day!