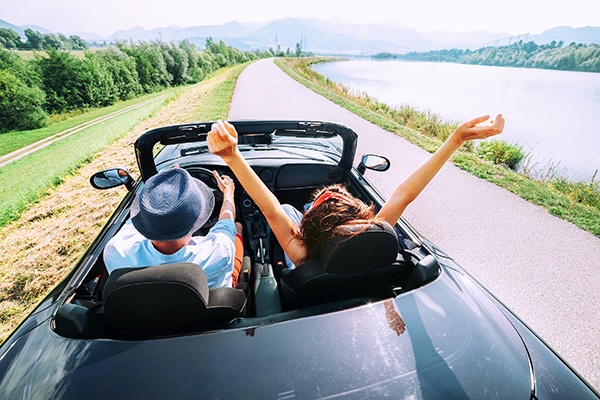 You’re finally getting out and enjoying the freedom of vacation and exploring new places or returning to some old favorites! Renting a car allows you to go where you want when you want. But are you taking unnecessary risks if you don’t purchase extra coverage for a rental car? Or are you throwing money away if you do?

Like many things, the answer depends on your circumstances and how much risk you are willing to assume.

If you are risk-averse, you may want to purchase a collision damage waiver (CDW) from your car rental company. The great thing about a CDW is that “no matter how banged up the car could be, you’re off the hook. Just turn it in and be on your way” (SmarterTravel.com). Unfortunately, CDW can be quite expensive--typically starting at $30 per day or significantly higher; the cost of this coverage may be similar to what you are paying for renting the car (SmarterTravel.com).

For anyone who is not inclined to spend quite so freely, you may be pleased to know that if you already have car insurance, your coverage extends to the rental car and maintains the same coverage limits and deductibles if your trip is for personal travel within the United States (MarketWatch.com). However, you must have commercial coverage if your trip is for business. Rental car coverage for personal travel to Mexico or Canada may or may not be covered by your existing policy, so it’s a good idea to contact your agent before heading out on your trip (MarketWatch.com). If your trip is overseas, you will likely need to purchase rental car insurance, as U.S. companies typically don't provide coverage there.

Another avenue of protection is your credit card. Most cards, when used to pay for your car rental, will provide collision coverage. The coverage is secondary, which means it will only take care of what your own insurance does not pay first, and you will receive it as a reimbursement after you have paid the rental company upfront (SmarterTravel). Unfortunately, there may also be the challenge of rental companies not always sharing proper documentation with credit card issuers (SmarterTravel).

One more option you may want to consider is the collision coverage offered by third-party insurance companies that may be available if you rent your car through one of the bigger online travel agencies such as Priceline or Expedia (SmarterTravel). Collision coverage purchased this way typically costs around $10 per day--much less than the rental company’s CDW. However, if you make a claim, you will likely have to pay upfront and be reimbursed later (SmarterTravel).

One more reassuring travel-related fact is that if you are the victim of theft, your homeowners' or renters' insurance policy will cover your possessions (Nerdwallet.com). Your deductible will still apply, and to make a claim, you will need to file a police report (Nerdwallet.com).

At Waitte’s Insurance Agency, we want you to have a safe, enjoyable vacation wherever you go and however you travel. Give us a call when you are ready to discuss your unique insurance needs. 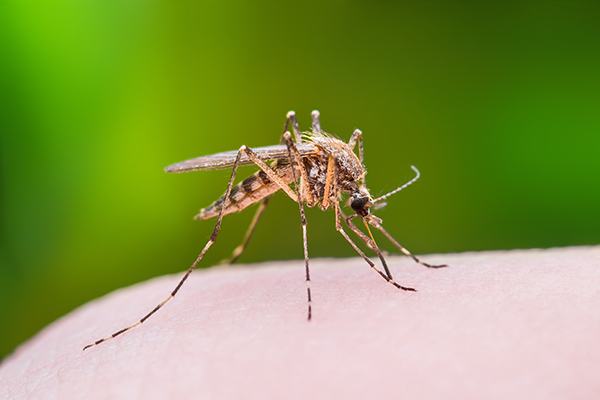 Usually, we think of mosquitoes as pesky nuisances, but the truth is that they can be both downright dangerous and helpful at the same time. Some of the most common illnesses caused by mosquitoes include dengue fever, malaria, West Nile virus, and Zika virus.

Dengue is carried by mosquitoes in tropical and subtropical areas of the world and causes fever and flu-like symptoms. The most severe form of dengue fever causes excessive bleeding, a sudden drop in blood pressure, and death (“Dengue Fever” Mayo Clinic).

Malaria is a disease caused by a parasite transferred to humans by infected mosquitoes that have deadly consequences. “In 2019, an estimated 229 million cases of malaria occurred worldwide and 409,000 people died” (“Malaria” CDC). Luckily for residents of the United States, a project begun In 1942 by the Office of Malaria Control in War Areas (predecessor of the CDC) was established to address the problem of malaria and other similar diseases. These efforts were so successful that in 1951, malaria was basically eliminated as a disease transmitted here in the United States, though about 2000 people are diagnosed with it each year who have recently traveled to areas where malaria is common (“Elimination of Malaria in the United States” CDC).

Currently, West Nile virus (WNV) is the most prominent mosquito-borne disease in the continental U. S. There are currently no vaccines to prevent WNV. Most people who are infected do not show symptoms or feel sick, though about 20% of those infected develop a fever and other symptoms. Approximately 1 of every 150 people infected with WNV develop a serious illness which in some cases leads to death (“West Nile Virus” cdc.gov).

Worldwide, the virus most frequently spread to humans through mosquito bites is Zika. Most commonly found in tropical and subtropical areas, humans infected with Zika show no signs or symptoms. Those who do show symptoms typically experience mild fever, muscle pain, and/or rash, though in some cases victims experience brain or nervous system complications (“Zika Virus” Mayo Clinic). Another concern related to Zika virus involves women infected during pregnancy. Contraction of the Zika virus increases the likelihood of miscarriage for the mother as well as serious birth defects in infants including microcephaly (“Zika Virus” Mayo Clinic).

So is there anything redeemable about this annoying, disease-carrying menace? As a matter of fact, yes! Mosquitoes are important pollinators, and in the case of a few rare plants, no other insect will suffice. And not all mosquitoes bite and not all of the time. “It’s only when a female mosquito lays eggs does she seek a blood meal for the protein. Males feed only on flower nectar and never bite” (National Wildlife Federation).

Mosquitoes also serve as a food source for many animals including birds, dragonflies, turtles, bats, and more (National Wildlife Federation).

So how do we let these annoying insects do their job without becoming their feast? For starters, we can decrease the population around our homes by eliminating standing water where they like to lay eggs (State of Connecticut Mosquito Management Program). We can also try to schedule our outdoor time when mosquitoes are less active. While there are a few species of mosquito that stay out all day, most are at their greatest activity around dawn and dusk (State of Connecticut).

The most common mosquito deterrent people look to solve the pesky problem is a repellant. Those with ingredients such as DEET, picaridin, IR3535, or oil of lemon eucalyptus have been shown to be effective (State of Connecticut). Permethrin, a medication used to treat scabies and lice, is known to repel and kill mosquitoes and as an added bonus will also protect you from ticks (State of Connecticut). It is important if you use permethrin to be sure to apply it only to clothing. If it comes in contact with your skin, it is likely to cause burning and itching. It should also be kept away from pets (State of Connecticut).

At Waitte’s Insurance Agency, we want you to have a fun, healthy, happy summer. Give us a call when you are ready to discuss your unique insurance needs. 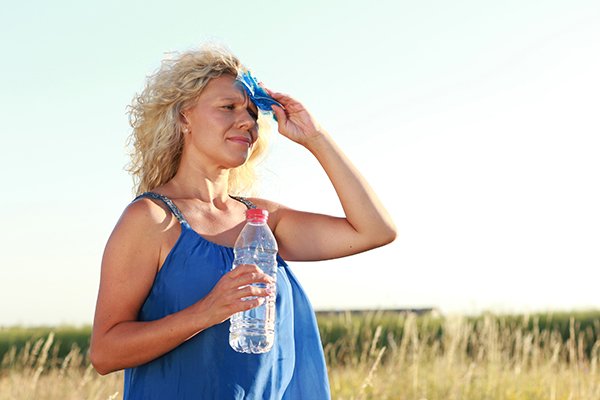 Outdoor fun and sunshine are things we are all taking advantage of and appreciating more than ever this year. Unfortunately, though spending time outdoors is good for our health, too much heat can be dangerous. One of the challenges we face regarding heat-related illnesses is that the symptoms can be difficult to recognize.

Early signs of heat-related illness can include fatigue, nausea, headache, muscle cramps, weakness, confusion, and more (WebMd). Each person may respond differently, and these symptoms could be brushed off as general consequences of outdoor activity, especially for a person who is exercising. However, it is extremely important to recognize these symptoms as possible indicators of heat-related illness that, if left untreated, could cause serious complications.

The most dangerous heat-related illness is heat stroke, which occurs when the body is unable to control its temperature. “When heat stroke occurs, the body temperature can rise to 106° or higher within 10 to 15 minutes” (CDC). The body is unable to cool down because it is no longer able to produce sweat. Heatstroke requires immediate medical attention. “Untreated heatstroke can quickly damage your brain, heart, kidneys, and muscles. The damage worsens the longer treatment is delayed, increasing your risk of serious complications or death” (Mayo Clinic).

Though not considered quite as dangerous as heat stroke, heat exhaustion can also require emergency treatment and has the potential to be deadly if ignored. While victims of heatstroke typically stop sweating, those experiencing heat exhaustion may continue to sweat (CDC).

Regardless of whether a person is experiencing heat exhaustion or heat stroke, it is essential to seek immediate medical attention. While waiting for medical assistance, there are several steps you can take to assist the victim.

At Waitte’s Insurance Agency, we care about the health and well-being of our community. Give us a call when you are ready to discuss your unique insurance needs.