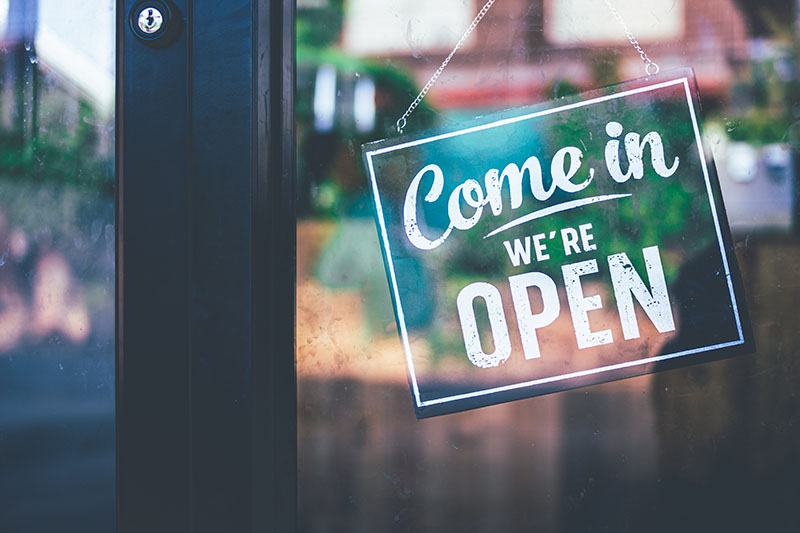 Business owners have so much more to think about than just what they sell or provide and how much to charge. While owning a business is gratifying and empowering, your business can be vulnerable. “There are over seven million small businesses in the U.S., ranging from construction firms to grocery stores to home-based businesses. All have one thing in common: Without the right insurance coverage, each could be wiped out by a disaster or a lawsuit” (Insurance Information Institute).

Burglary and theft are the most common small-business insurance claims (“Fit Small Business”). Since lighting is a strong deterrent to burglary, be sure you have adequate indoor and outdoor lighting. Be sure windows are not obstructed, and allow a clear view into the building. Unfortunately, outsiders are not the only ones business owners need to be concerned about. According to CNBC, employee theft costs American businesses approximately $50 billion annually.

Another concern for business owners is protecting the safety of customers and vendors. “As a business owner, you are responsible for the safety of any individual who enters your establishment, whether or not you own the premises'' (Business.com). To avoid what is commonly known as a “slip and fall” lawsuit, business owners are advised to avoid or notify customers of poor lighting, cluttered aisles, torn carpet, wet floors, or other spills indoors (Business.com). Outside, steps should be taken to remedy or notify customers or visitors of ice, snow, rain, cracked sidewalks, or any other spills, obstacles, or other hindrances in the parking lot or the surrounding premises (CNBC).

Even with adequate precautions taken, a business must maintain insurance coverage. According to “Fit Small Business,” 40% of businesses will make an insurance claim over the course of a ten-year period. If you are thinking of starting a business or considering updating your existing business-coverage, give us a call at Waitte’s Insurance Agency.

In September of 1915, historian Carter G. Woodson and minister Jesse E. Moorland founded the Association for the Study of Negro Life and History (ASNLH) known today as the Association for the Study of African American Life and History (ASALH) (History.com). This organization was “dedicated to researching and promoting achievements by black Americans and other peoples of African descent” (History.com).

In 1925 the group conceived the idea of Negro History Week, which was first celebrated in February 1926 during the week that included the birthdays of Abraham Lincoln and Fredrick Douglass (February 12 and 14 respectively) (Africanamericanhistorymonth.com). The occasion prompted celebrations and events recognizing contributions of African Americans in schools and communities across the nation.

By the time Woodson passed away on April 3, 1950, celebration of Negro History Week had grown. The Black Awakening of the 1960s and the Civil Rights Movement increased our nation’s appreciation of the contributions of African Americans, and in 1976, the celebration was expanded to include the full month of February (Africanamericanhistorymonth.com). At the nation’s bicentennial celebration, President Gerald Ford called on Americans “to seize the opportunity to honor the too-often neglected accomplishments of black Americans in every area of endeavor throughout our history” (Africanamericanhistory.com).

In the spirit of celebrating the contributions of African Americans, we would like to recognize a few individuals and their accomplishments:

Elijah McCoy was born in 1844 and worked as a fireman and oiler for the Michigan Central Railroad. McCoy’s examinations of the inefficiencies of oiling axles led him to invent a “lubricating cup that distributed oil evenly over the engine’s moving parts” (U.S. Department of Transportation). This invention enabled trains to run for long periods without having to stop for maintenance. McCoy patented this invention in 1872--just one of the sixty patents McCoy received during his lifetime (U.S. Department of Transportation).

At Waitte’s Insurance Agency, we are proud to celebrate the wonderful diversity in our community and nation both past and present. Give us a call when you are ready to discuss your unique insurance needs.